LONDON, 8 June 2015 – Canon, world-leader in imaging solutions, has shipped over 1,400 units of the imagePRESS C800 series to customers across Europe in the ten months since it began taking orders for the production press in July last year. Thanks to this exceptional demand, Canon secured the leading share of the cutsheet colour production press market in Europe in the last quarter of 2014[1].

Feedback from satisfied customers across Europe indicates that the success of the devices is due to a number of factors – the quality of colour reproduction, flexibility and the high levels of productivity achievable.

Rob Exton, the owner and managing director of UK commercial printer, Print by Design, added: “Seven years ago, I was one of the first Canon imagePRESS owners in the UK. I’ve had a number of models since and for me the C700 is the best yet – the print quality is superb, the back-to-back registration is stunning and consistently so, and because of its small footprint, I’ve saved a significant amount of money on rent and rates. The C700 is also very reliable – we’ve done a substantial volume of SRA3 in two months and only needed to call out a technician once.”

Braulio Sánchez, a partner at SPRINT FINAL Publicidad, an advertising and public relations agency in Madrid, commented: “The Canon imagePRESS C700 delivers a level of quality I’ve never seen before from toner-based digital print technology. What’s more, its productivity as a light production press is second to none, especially on heavier paper.”

Christian Sønderby, Director of ABC Print in Denmark, remarked: “We can put 50, 60 or 70 envelopes into the cassette of the imagePRESS C700 and the engine just prints them at 70 per minute, so it’s a real pleasure. It is probably three to four times as fast as our last machine. The paper handling is better and it very rarely jams. The machine is more robust than the old one we had. To date we have run 300,000 pages and had only one error. It’s the first time I’ve had a new machine with as few difficulties.”

Presenting an even more attractive proposition for print service providers, the series has now been certified a FograCert Validation Printing System by German research association, Fogra, in line with the requirements of ISO 12647-8:2012¹. Certified in four configurations (imagePRESS C800 with imagePRESS Server F200/PRISMAsync controllers; imagePRESS C700 with imagePRESS Server F200/PRISMAsync controllers), users of any of these workflows can be confident of repeatedly producing output of the highest quality, colour accuracy and consistency.

Commenting on the success of the imagePRESS C800 series, Mark Lawn, Director, Professional Print Solutions, Canon Europe said, “From the conversations we’d had with customers, we knew that the market was in need of a device offering the superior print quality, reliability and flexibility of the imagePRESS C800 series. The remarkable sales of the series to date and the subsequent wave of positive feedback we’ve received, confirm that Canon has again delivered on its promise to help customers to meet the changing demands of their own customers and to maintain a competitive advantage.

“To add even greater value, we’ve also worked with Fogra to have the series certified as a FograCert Validation Printing System. Using any one of the four certified configurations, customers can be assured that their press will produce consistent and measurable quality and allow them more easily and profitably to meet the demand for high quality print.” 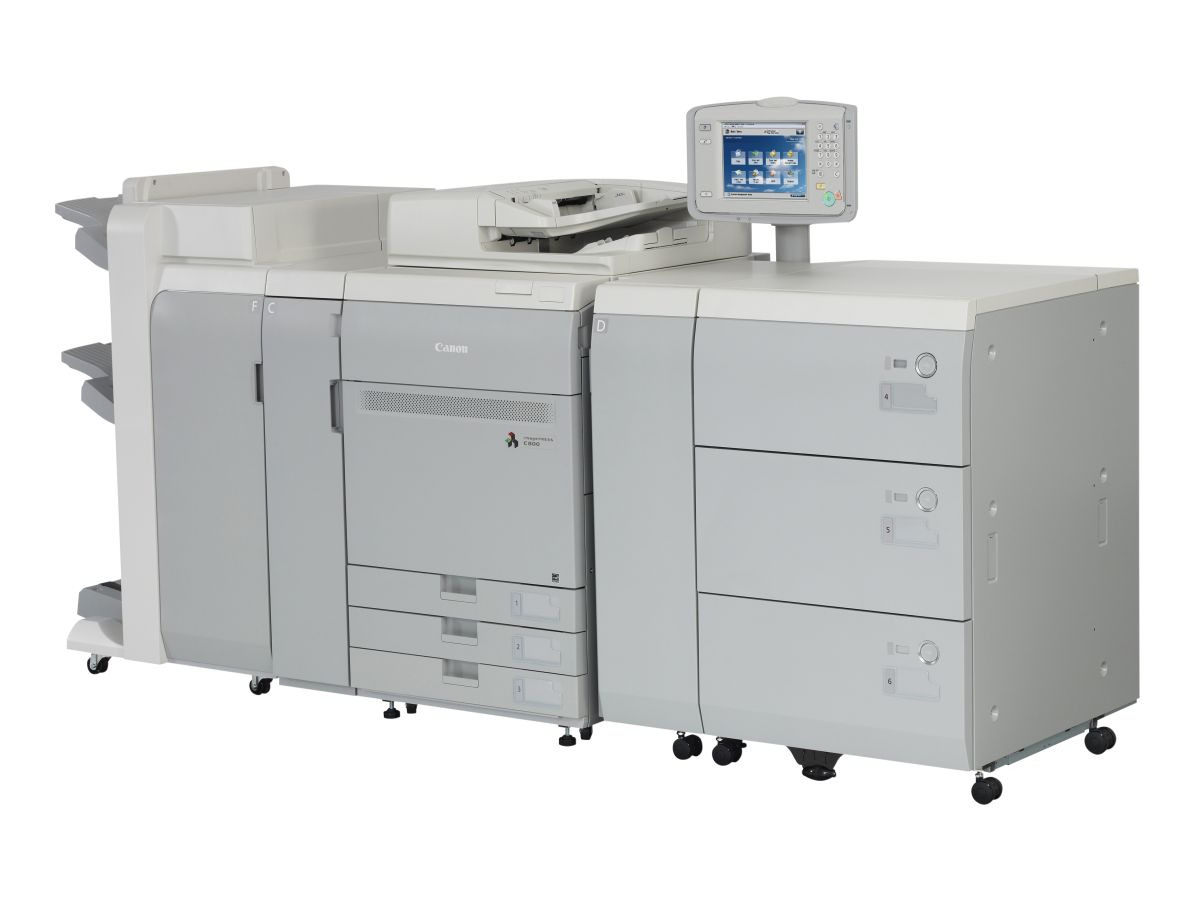 Canon Europe is the regional sales and marketing operation for Canon Inc., represented in 116 countries and employing 16,000 people across Europe, the Middle East and Africa (EMEA). Founded in 1937 with the specific goal of making the best quality camera available to customers, Canon’s tireless passion for the Power of Image has since extended its technology into many other markets and has established it as a world leader in both consumer and business imaging solutions. Its solutions comprise products, ranging from digital compact and SLR cameras, through broadcast lenses and portable X-ray machines, to multi-function and production printers, all supported by a range of value added services. Canon invests heavily in R&D to deliver the richest and most innovative products and services to satisfy customers’ creative needs. From amateur photographers to professional print companies, Canon enables each customer to realise their own passion for image. Canon’s corporate philosophy is Kyosei – ‘living and working together for the common good’. In EMEA, Canon Europe pursues sustainable business growth, focusing on reducing its own environmental impact and supporting customers to reduce theirs using Canon’s products, solutions and services. Canon has achieved global certification to ISO 14001, demonstrating a world-class environmental management standard. Further information about Canon Europe is available at: