For over 600 years, the River Wear – which runs through the North East of England – was the cornerstone of the country’s enormous shipbuilding industry. Paying homage to this, photographer John Kippin launched the Ships that Past project, which celebrated the vessels that used to be constructed in the area. Enlisting the help of wide format digital printer The Rip, the project – with the help of the Lintec Graphic Films’ high quality non-PVC E-2301RC Vitrocolour film – transformed the glass façade of the Sunderland National Glass Theatre, which sits poignantly on the former site of one the shipyards.

Ships That Past was part of The Social: Encountering Photography festival that ran throughout the end of 2013, aimed at promoting and developing photography in the North East. Kippin’s idea stemmed from the endeavours of model-maker Fred Gooch, who crafts home-made recreations of the ships. Upon seeing Kippin’s photographs of the models, The National Glass Theatre agreed to transform the glass on the river-facing side of its building. To do this, the photographer approached local photolab-come-wide format printer, The Rip, with whom he has relationship going back 30 years.

“John approached us about his idea to install these fantastic cut-out images of ships at the centre,” explains John Laidler, Managing Director of The Rip. “We thought it was a great project, and it was a question of finding the right film solution to do the photographs justice. Not only did the film have to be high quality to reflect the intricacies of the models, but it had to be durable enough to withstand the weather as it was going to be applied directly to the exterior of the glass. That’s when I thought of Lintec Graphic Films, whose stand I had visited at FESPA 2013. I was confident the company would have the right solution for us.”

Lintec Graphic Films’ E-2301RC film is a UV-printable gloss polyester with exceptional scratch-resistance. The non-PVC film combined exceptional optical clarity, ease of installation and impressive environmental credentials. Capable of being printed with any number of colours, E-2301RC enables printers to produce vibrant, eye-catching glass surface treatments. Vital for this temporary project, it has a removable adhesive, ensuring minimal disruption to the working environment.

The end-result impressed all parties involved, explains Laidler: “Everyone was delighted with the final outcome. Because of the self-adhesion of the film it was really easy to apply, and the images of the ships are striking – it looks as if they were actually printed on the glass. While the ships were largely monochrome, a touch of colour has appeared because of the effect the optically clear film has on the stained glass – another great Wearside industry from the past!”

Laidler continues: “The centre was so impressed that they asked if the ships could stay up for several more months, which, thanks to robust nature of the film, was not be a problem. And when it was taken down towards the end of February, the fitters were astonished by the simple removability of the film. The quality and diversity of Lintec Graphic Films’ product range means we will no doubt be using the company again for future work.”

“I work at the University of Sunderland, where there are a lot of working class kids, first generation university kids, but they’ve no sense of the area’s shipbuilding history,” says Kippin, elaborating on the objective of the project. “It’s something that old blokes talk about and that, in a way, is why I called the piece ‘Ships That Past’. While it references shipbuilding, I hope it reminded people of the social context that whole communities grew up around these activities. The end-result is a fitting tribute.”

“We love being a part of these type of projects,” explains Andy Voss, Managing Director of Lintec Graphic Films. “We see the Vitrocolour film as a powerful tool that enables photographers and the like to expand their creative work in a way they hadn’t thought possible before. Working with forward thinking wide format printers like The Rip, our film can play a pivotal role in fulfilling visually and technically demanding projects like this one.” 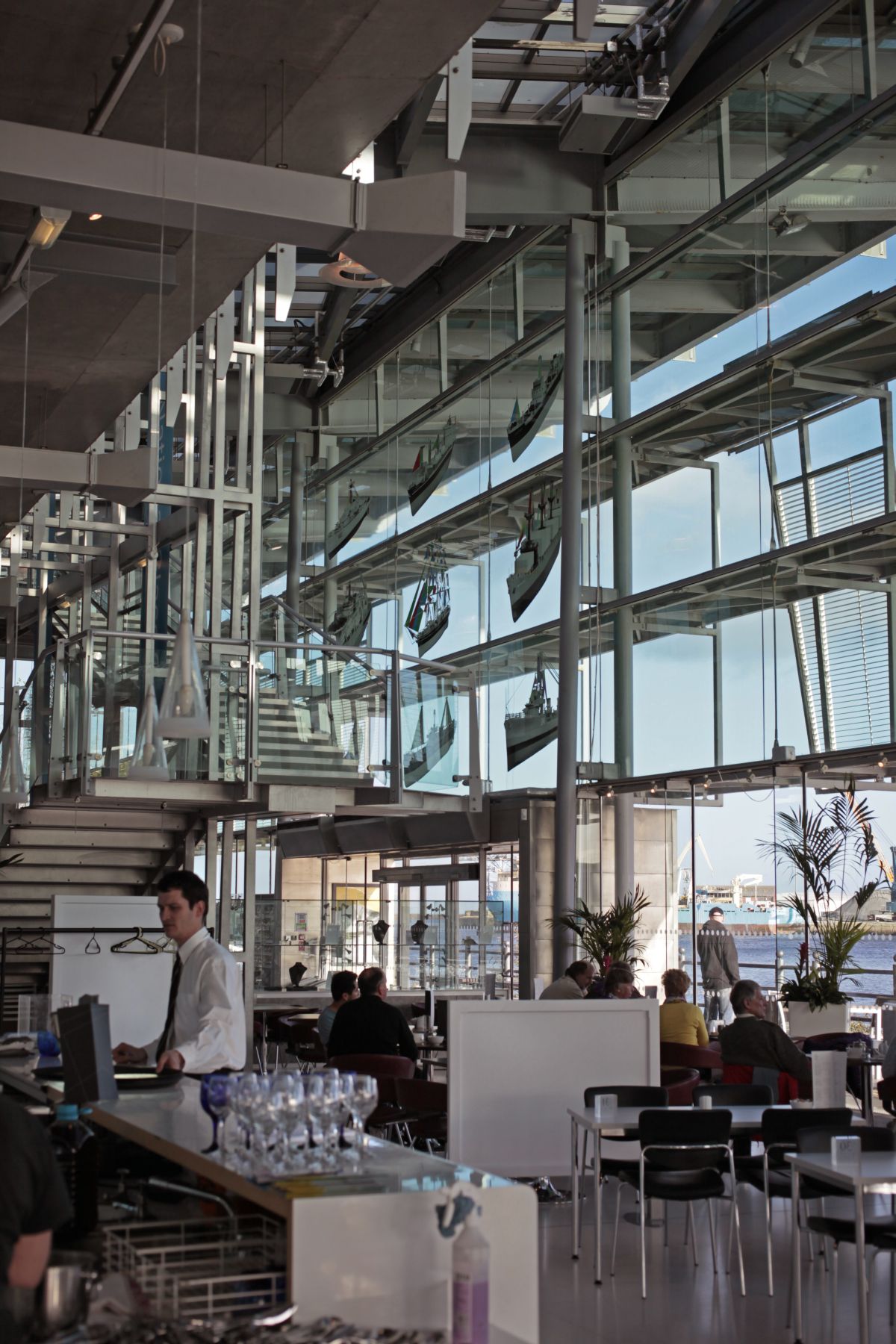 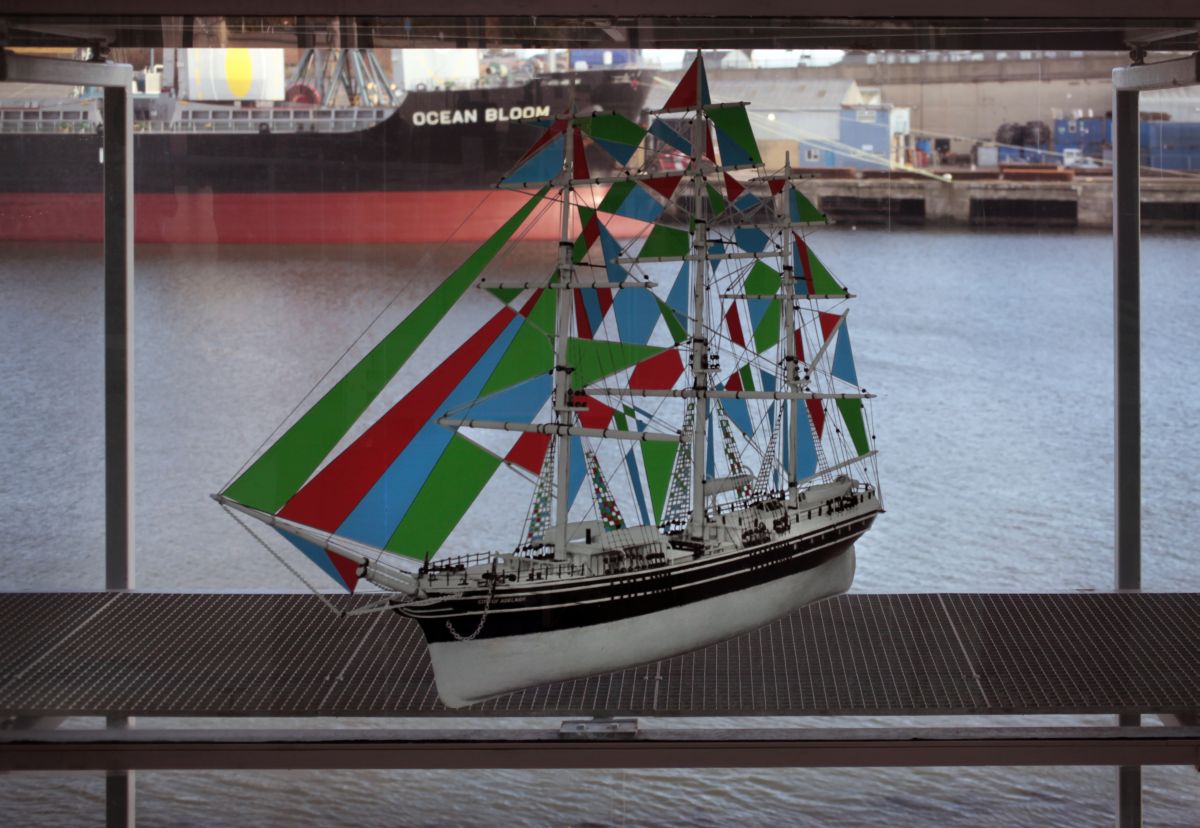 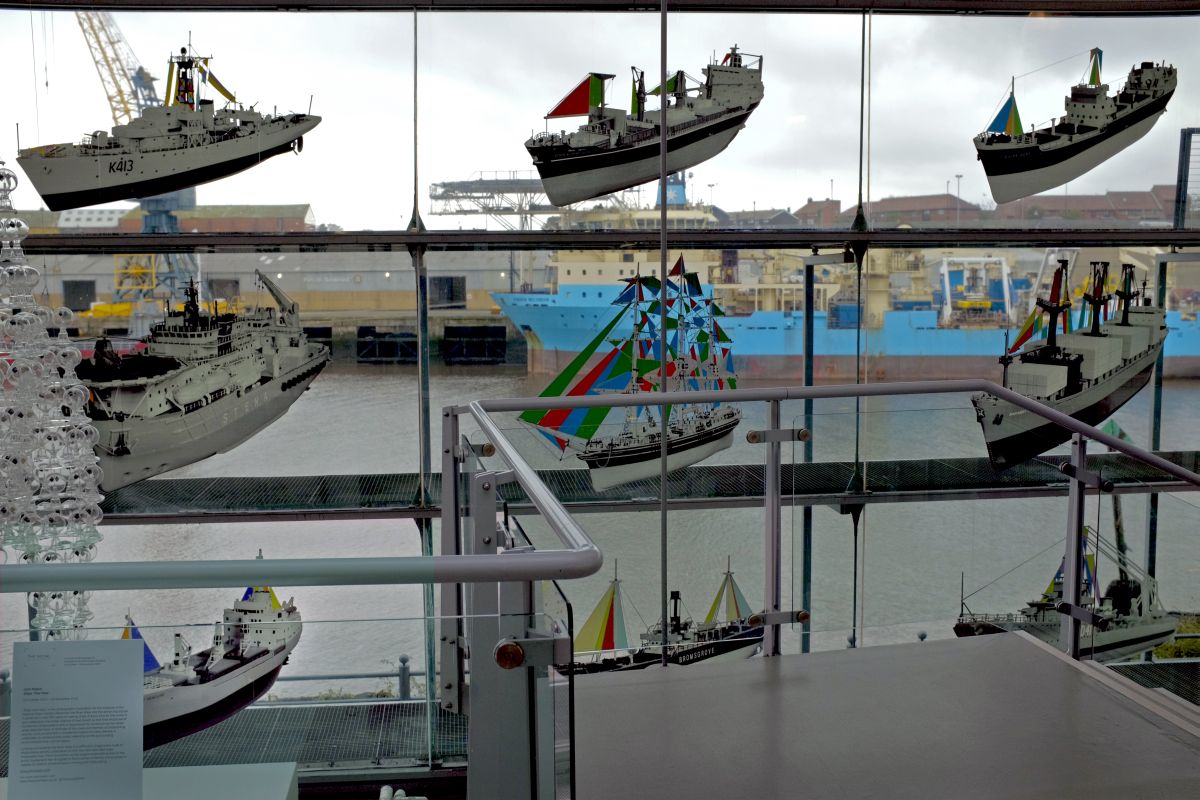