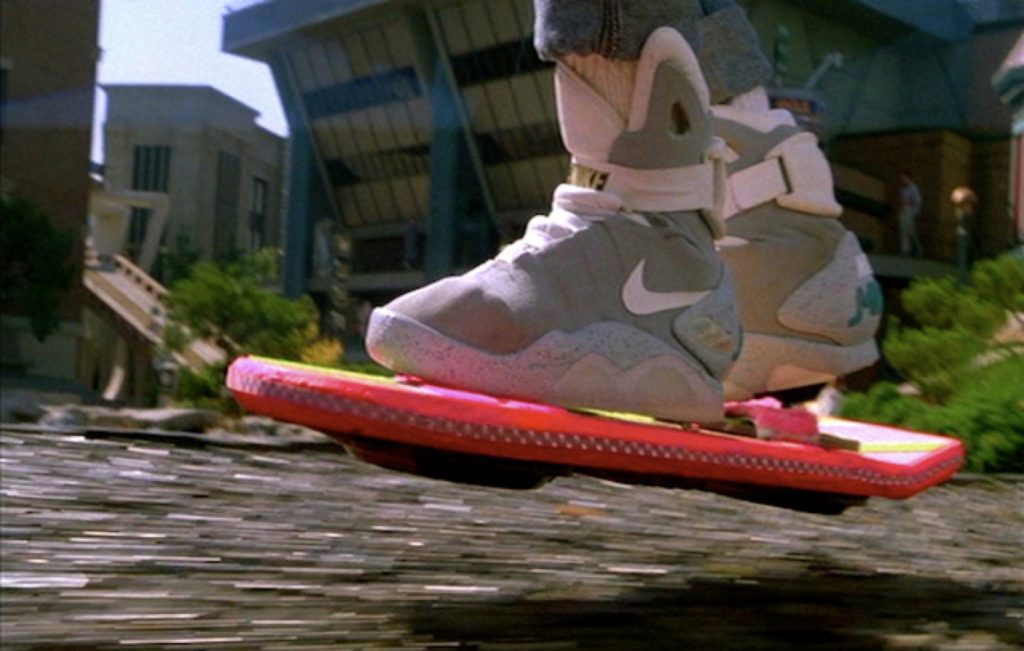 Some rights reserved by Phantom Leap

Space, the final frontier, these are voyages…and you know the rest. In the 60s, 70s, 80s and even the 90s, television and film depicted the humans of the future as great explorers, ‘we’ were an active species. In Back to the Future we glided round the streets on hover boards, in Star Trek we sought out new life and new civilisations and in Planet of the Apes…well we were slaves controlled by the giant apes we created, but that’s neither here nor there.

Still, as we approach the years in which those films were set, we are beginning to acquire the technology that made them seem so visionary and exciting, and those imagined glimpses of the future no longer seem so incredible (apart from the ape film hopefully).

iPads provide the ultimate gaming experience, the Wii means we’ll never have to visit a real bowling alley again and social media helps us make friends, albeit ones we may never meet. In addition we are now facing a future where 3D printing means we might one day do away with the stress of the Saturday shop- that’s if online shopping hasn’t already had this effect.

Brilliant isn’t it? Apart from the fact that Jean Luc quite obviously loved Earl Grey tea, hot not cold, it opens us up to a world where food can materialise on command. This particular technology may seem a long way off right now, but with 3D printing moving in leaps and bounds; it isn’t as far away as you might think. When we can finally create objects, and even food, on demand, we may forget the pastimes which previously occupied our evenings and weekends. Instead we will/may interact with others, exercise and be entertained all from the comfort of our own home.

I apologise for sounding like a grandmother here, but it seems to me that with every new technology we develop, we actually become more introverted. In the UK the number of people telecommuting is steadily increasing, and in the USA that figure stands at approximately 20 million. For telecommuters there is the very real potential of waking up in the morning and going to bed in the evening without having physically seen another human being. At this rate we’ll never live on the moon like in Space 1999! I know that this is the old video game argument, the one which says that children are no longer socialising but are instead sitting at home eating burgers, but humans can – given the opportunity – be a very lazy species. The idea that home isn’t just where the heart is, but where everything is, is quite scary don’t you think?

I certainly wouldn’t discourage the development of new technologies. I mean, wow! How jealous would our ancestors be if they could see us video calling a cousin in Australia? To contact relatives in far flung countries when they sometimes went weeks or even months between written correspondence. And for me, the print industry is particularly exciting right now too. Aside from 3D printing we’re seeing devices which can print on water and the development of some amazing cross media campaigns- check out these QR codes.

The online world and gadgetry can be amazing, it really can. It helps businesses reach new audiences and improve customer service, injects fun into what could otherwise be a mundane day and offers the potential to magic some earl grey tea, hot, out of thin air. Still, we mustn’t forget that there is a world outside. And if we are going to drive back to the future in our Volkswagen Fox then we’re going to have to go outside and make some real friends to act as sidekicks. We could even use our smart phone to check the weather report and see when there will be a lightning storm to kick us back into 2050…