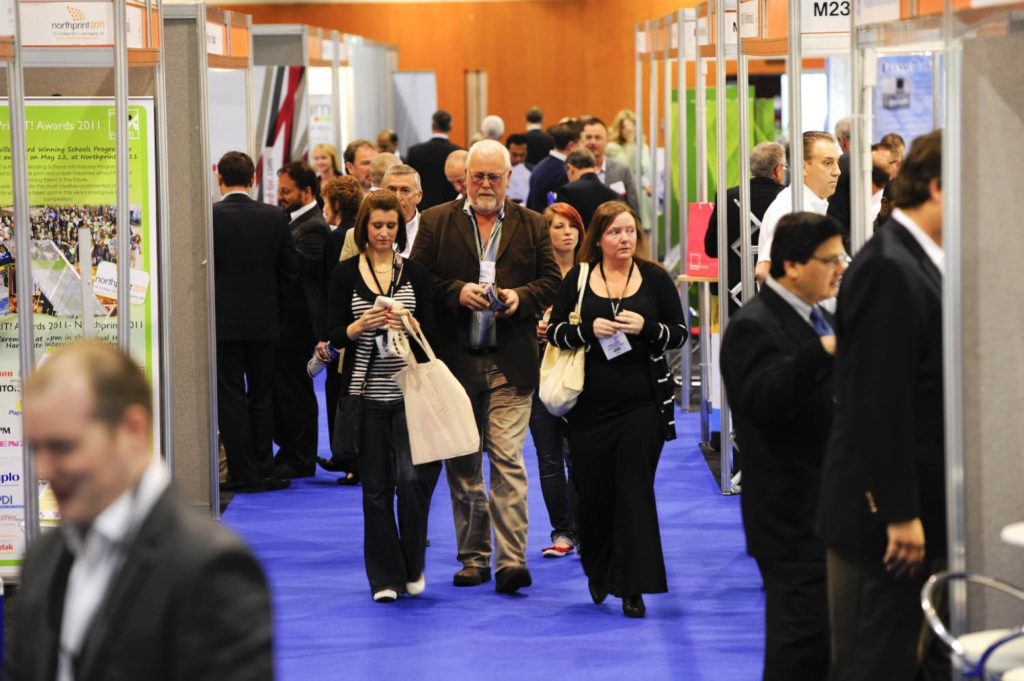 As I walked the halls of the Harrogate International Centre the day before the opening of Northprint  2011, I couldn’t help thinking how it never  fails to surprise me how such organised chaos of the final preparations all come together in time to ensure the exhibition looks so perfect  when the doors open to the public.   And, who would have thought during that final set up day that within just half an hour of those doors opening, the first sale of the day would have been secured.  Talking to the exhibitors who made the sale, they too were rather taken aback at the speed of their first order.  But it just goes to show, be ready and never underestimate the attention you should give to those first through the door.

A similar thing happened on the last day of the show.  Having attended the organisers’ briefing that morning, we were all reminded that the show isn’t over until the official tanoy announcement and doors are shut.  And again, within the last hour of that final day of the show, a substantial contract was secured to the shock and delight of the exhibitor.

It’s been a tough few years for the industry, but Northprint looked great, bursting with kit representing the whole print production process as well as offering free advice and business-focussed seminars for visitors.   There’s no denying that technology moves fast in this industry, and it was great to see so much innovation on display.  And, having spoken to numerous exhibitors and visitors during the three day event, it was a pleasure to hear that there was a real sense of purpose amongst printers- many of whom were readily researching new applications and investing in both hardware and software that will allow them  to expand their businesses into new areas.