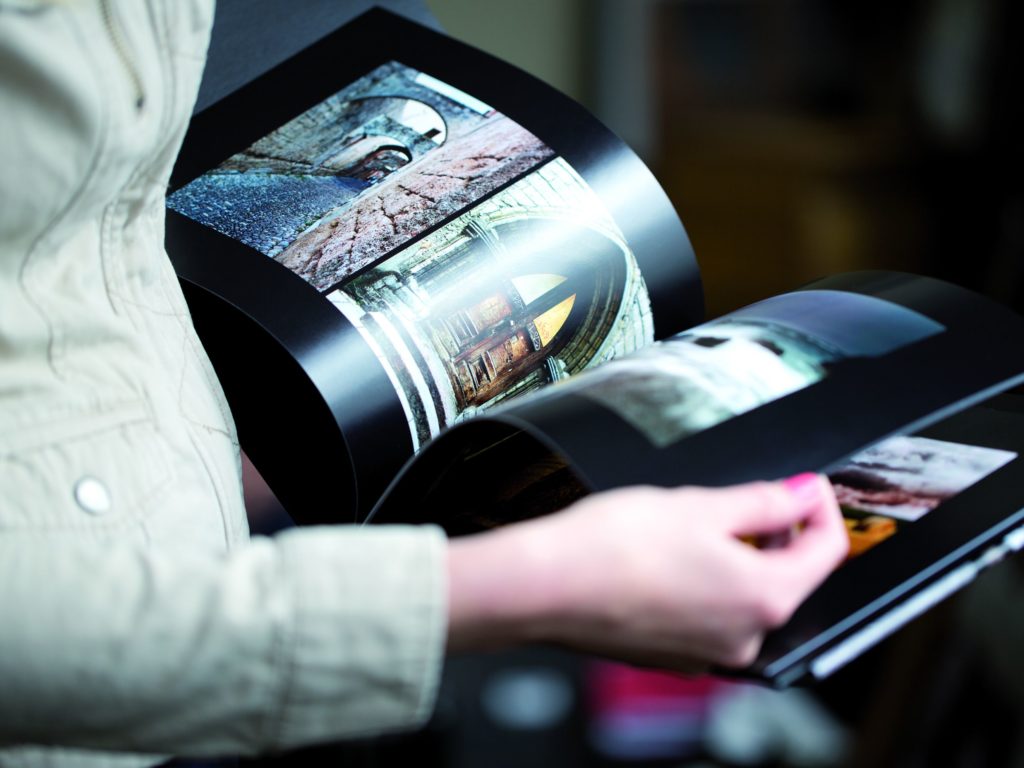 I’ve developed something of an obsession with photobooks. I just can’t seem to stop making them. Photobox must be making a killing off me.

When you scale that up to all of the people like me around the world – who used to spend hours laying our photo albums manually – it’s hardly surprising that this market is growing at such a dramatic pace. (In a press release about their 2010 Photobook Market Report, Futuresource Consulting predicted a 25% growth this year in Western Europe alone.)

Since joining AD Communications in the autumn, my personal obsession has expanded into a professional interest. I’ve been fascinated to see how the growth in demand in this market – both from consumers and from professional photographers – has been driving developments across the graphic arts, from print to finishing.

It’s a perfect example, I think, of the spectacular knock-on effect that a good idea can have.

Beyond that, I think that, in photobooks we see two of the things that make the graphic arts industry such an exciting place to be right now.

The first is that, despite the proliferation of photo sharing, the fact that photobooks have taken off to such an extent is indicative of the fact that people still like their photos in a tangible form. People like to hold an album in their hands and take a trip through their past or revisit the site of a favourite holiday. The fact that this can now take the form of a beautifully printed, professionally finished book that can take moments to assemble and order online means that albums are no longer the preserve of those with time on their hands or who (like me) have an compulsive need to organise.

The second thing about photobooks that I think is exciting is the level of personalisation that they show is possible. Social networking has developed simultaneous to the fragmentation of popular culture into a multiplicity of disparate niches. As a result, millions of individuals all over the world are seeking new ways of showing off their uniqueness. This means that the fact that digital print offers an endlessly increasing spectrum of possibilities for personalised printing will create even more opportunities for those with good ideas.