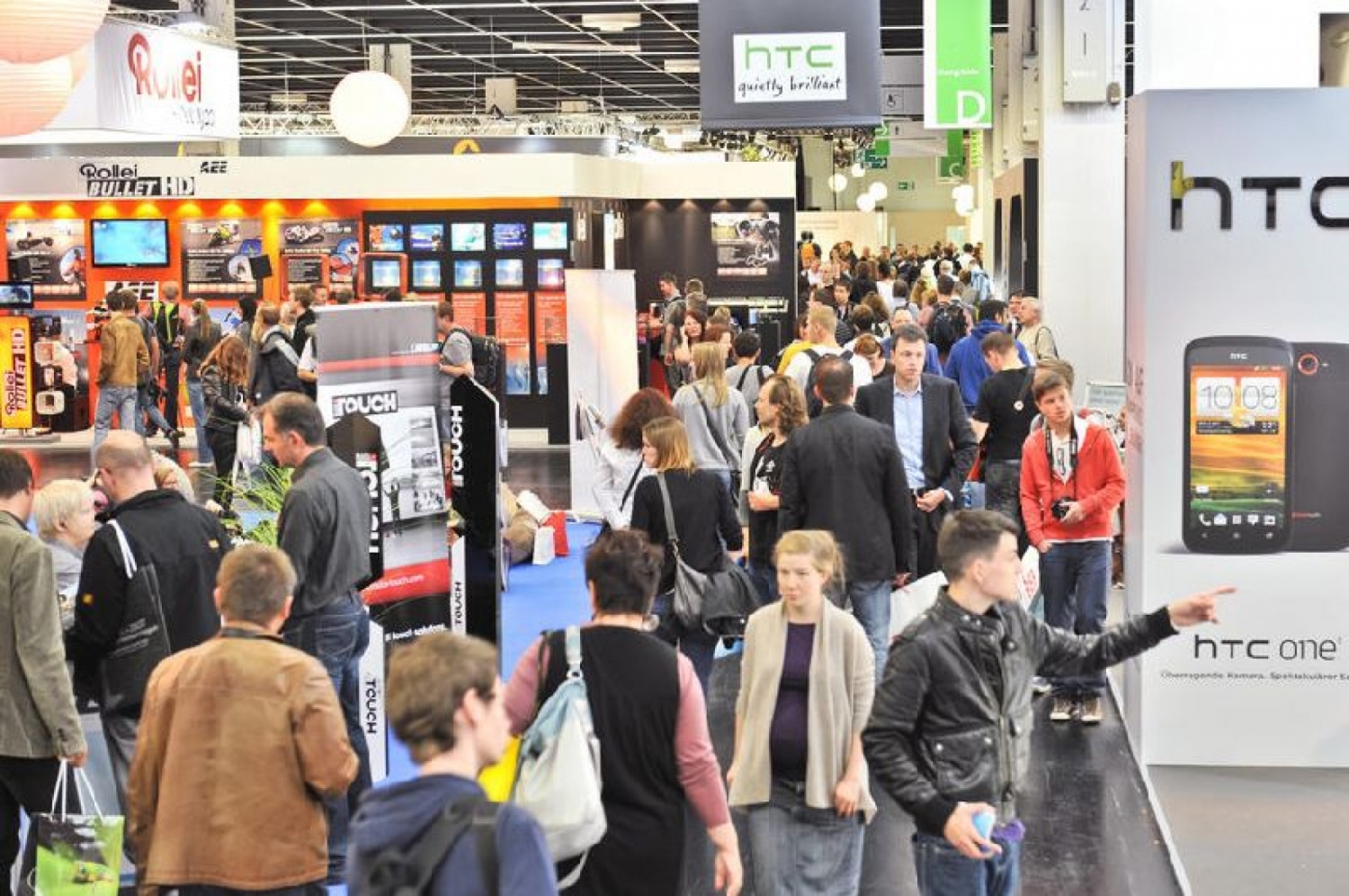 Attending trade shows probably wouldn’t make my list of favourite activities, but I did enjoy my recent visit to photokina, the bi-annual photofest in Cologne.  I guess it’s the combination of how digital technology is enabling camera development, together with the impact of the images on display in the numerous photo exhibitions.  Particularly captivating were the exhibitions showing the work of the United Nations through seven decades, the UNICEF Photo of the Year, and the award-winning entries to competitions sponsored/organised by the likes of Canon, Sony and Hasselblad.

But, while some of the images delivered impact just because of the subject matter, in many other cases the impact was maximised by their sheer size.  A number of the larger exhibitors attempted to replicate a similar impact on their own stands – those who manufacture printers as well as cameras showed images printed on their wide format machines, and those that produce large LED/LCD panels used an array of them to display their images.  But, although the panel displays were of a reasonable size and quality (improving with each year), the impact of the images shown on them was actually reduced by the uniformity of the panels.  In the same way that people view all their photos on a monitor, tablet or smartphone before deciding to print the best few, the best large images at photokina were definitely those that had been printed out.  And that’s not just because some were printed so much larger; the printed images also seemed to have much more depth to them and their colours were far richer.

As I found out on one stand, however, to produce an exceptional print, you have to have an exceptional image.  I was standing with a colleague admiring a printed photograph of Cologne Cathedral.  At about eight feet tall by four feet wide, the printed image was spectacular, but what made it particularly so was the quality of the image – even up close, it was absolutely sharp – and the fact that the perspective was spot-on, with no convergence of the towers at the top of the image.  Commenting that I thought that the original photograph must have been taken on a medium format camera with a tilt shift lens, a guy appeared next to us and told us that, no, it had been taken with a ‘relatively standard’ DSLR.  He knew this as he was the photographer, Marco Brunetti.  He then explained that although he had just used a DSLR, to create the image we were looking at he’d initially had to take around 600 separate shots of the Cathedral, holding the camera by hand the whole time – no tripod!  He’d also had a race against time as he was shooting at six o’clock in the morning when the light was at its best and before the glare of the sun spoilt the shot.  To cap it all, it had then taken him two weeks of manually stitching together the 600 shots to compose the final image! Now there’s a man who loves his work.

Coming back to the technology aspect of photokina, as usual most visitors seemed to be lugging around (in some cases actually struggling with) large DSLRs with even larger telephoto lenses. It occurred to me that, while a compact camera probably wouldn’t have provided them with enough flexibility, they could have done with one of the Mirrorless System Cameras (or Compact System Cameras) that are now growing in popularity (sales up from 2.1 million units in 2010 to 18.3 million this year* – though to date most have been sold in Japan).  Introduced jointly by Olympus and Panasonic in 2008, Pentax, Samsung and Sony followed suit. At this photokina, Canon, Fujifilm and Nikon finally launched their own models (and even Hasselblad announced that it will be launching one).  While the camera retains the benefits of being able to use interchangeable lenses, the technology obviates the need for the mirror, pentaprism and optical viewfinder, thereby reducing the size and weight of the camera.

And while the DSLR is likely to be challenged or even succeeded by the ‘DSLM’ over the next few years, sales of compact cameras are also being hit hard by the advances in the photographic technology in smartphones (this photokina was the first time I’d seen a smartphone supplier, HTC, with its own stand).  As the adoption of smartphones continues to increase, the number of photos being taken on them is spiralling ever upwards.  As more and more photos are being stored in ‘the cloud’ and uploaded to social networking sites, camera manufacturers are realising that they needed to go with the flow. At photokina all the major vendors were showing models with wireless capabilities – though with its Galaxy Camera, Samsung has taken it a step further by combining a camera with the Android operating system and 3G (UMTS) or 4G (LTE) networking capability.  And spotting an opportunity, Canon also announced at the show the beta version of a new cloud-based image management service, ‘Project 1709’.  Rather than offer storage for photos, it allows users to aggregate all of their pictures stored on other web sites.

So, all in all, a fascinating couple of days at photokina and, apart from the sore feet, I can’t wait to see what is served up in 2014!

* According to the Camera & Imaging Products Association (CIPA)