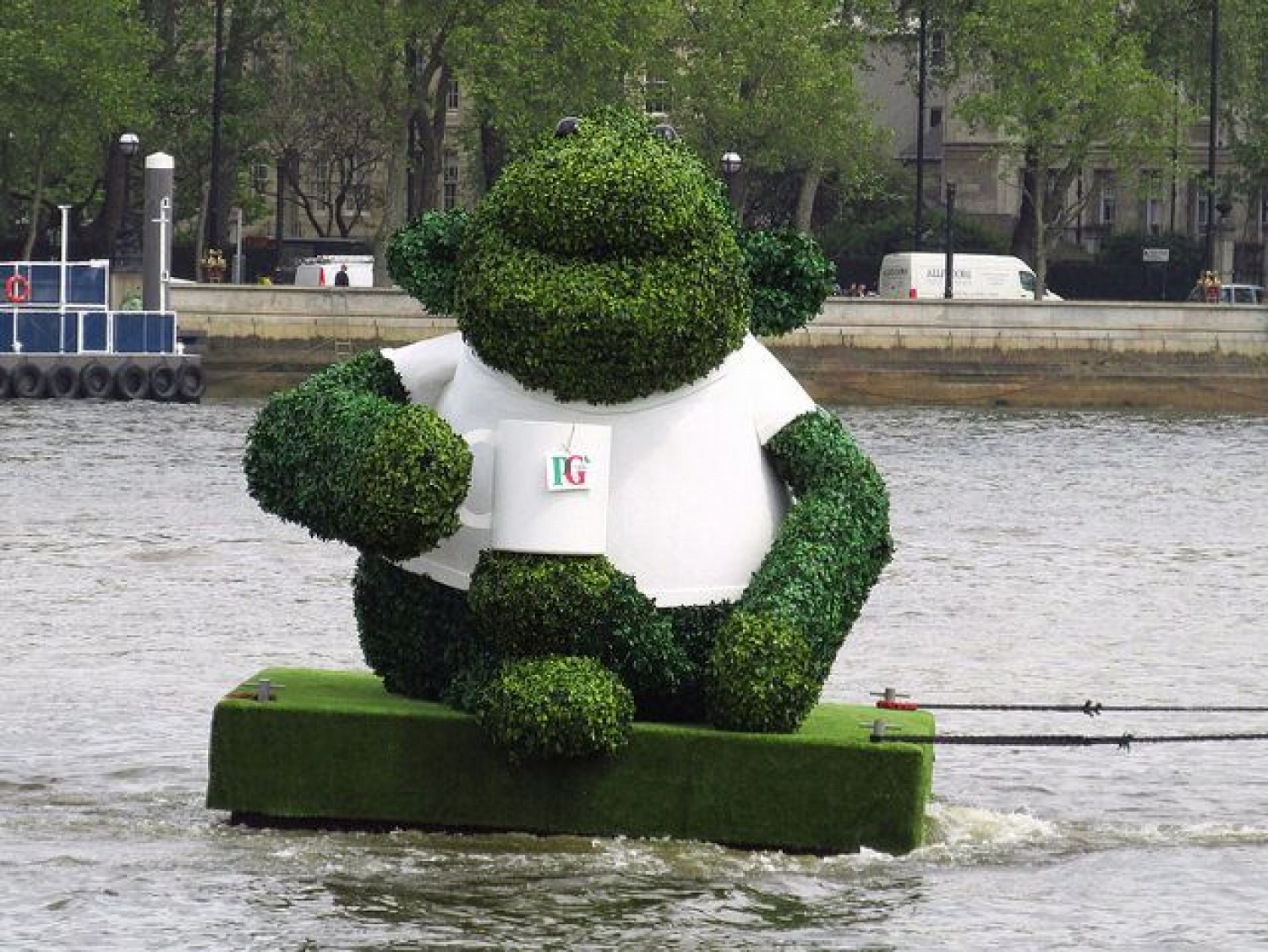 Had you been wandering down the Southbank on the sunny morning of May 16th this year, you may have noticed a giant green figure looming over the assorted dinghies and tourist boats docked on the river Thames. And while the movie geek in me would’ve loved to see headlines announcing Godzilla’s arrival to our UK shores, it was actually a statue of the PG Tips monkey (him from the Johnny Vegas ads) made out of 110,486 plastic leaves. As it turns out, the chimp’s merry trip down the stream was a PR stunt that aimed to raise awareness of a then soon to be released ‘green paper’ report by PG tips which promoted its green tea project.

But as far as PR stunts go, was it particularly innovative? According to The Drum, a great publicity stunt should “stop people in their tracks, deliver a thunderclap of social media chatter and a ton of media coverage”. Sure, the PG Tips monkey got people posting pics online (if I see an ape the size of a two-storey building, you bet that thing’s going on Instagram) and it got its fair share of mentions in Campaign and PR Week, but it hardly re-invented the promotional wheel. The word “stunt” implies a degree of audacity and bravery are involved and in the world of PR, that should also spell originality. And unfortunately, this was not the first time someone’s floated something down the Thames.

If a marketing stunt is both daring and original, the level of engagement is guaranteed to be higher. But it’s no easy feat. In a world where a plethora of information is relentlessly liked, shared and re-tweeted, it’s getting increasingly difficult to pull off PR stunts that get a strong response from both the public and the media. There needs to be an edge to the campaign – the greater the risk, the greater the return.

Krispy Kreme’s ‘leaked’ internal memo stunt is a good example of this. Earlier this year, a number of people in the UK received an email from Krispy Kreme supposedly addressed to “store managers”, in which highly confidential information about a yet-to-be-launched Nutella-filled doughnut was shared. The memo was then followed up by a recall email, adding further to the online chatter. Of course, Krispy Kreme started trending like ‘krazy’ on Twitter within minutes.

Even more daring was Burger King’s confident charity pitch to McDonald’s, in the form of full-page ads running in The New York Times and The Chicago Tribune. The proposal? To operate a pop-up restaurant on International Peace Day, staffed by employees of both companies and selling a burger called the McWhopper, a blend of the two fast food giants’ best-selling burgers. While the Ronald McDonald camp’s response was far from exuberant and maybe a tad passive aggressive (“Don’t compare our rivalry to war”), the stunt paid off as it got consumers talking.

Some of the best publicity stunts creep up on you, like Louise Delage’s Instagram account. To the casual social media user, here was yet another wannabe model with 18,000 followers, who gained over 50,000 likes in the space of a couple of months with posts of sandy beaches, boat parties and fancy dinners along the French Riviera. You could almost feel the FOMO kicking in. Except, many profile visitors failed to notice that lovely Louise was holding an alcoholic beverage in every single snap. The account was soon revealed to be a publicity campaign for Addict Aide, a French organisation that supports people struggling with alcohol dependency.

While the above examples demonstrate that social media can play a strong role in spreading the word of a PR stunt, it is the spirit of subversion at their core that will ensure these campaigns pack a punch and resonate with consumers. Sometimes this means floating a statue down the Thames, sometimes it means placing a disruptive ad in a national paper. And sometimes, all you need is Helen Mirren calling someone a ‘pillock’.

What are some of the best PR stunts you’ve recently come across?