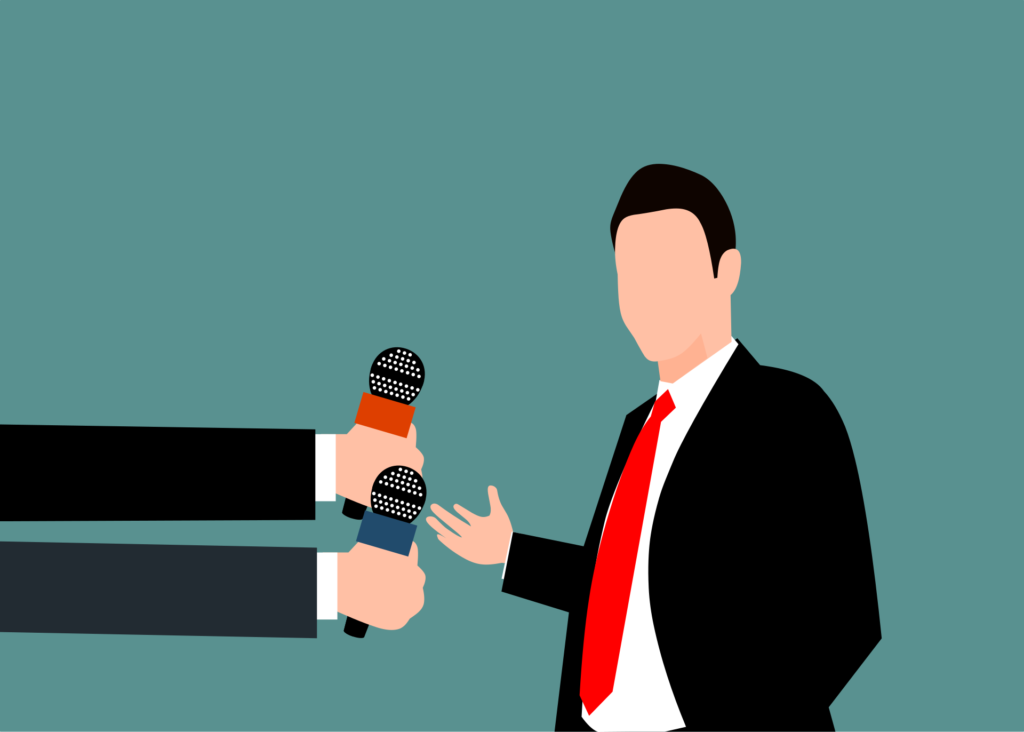 We’ve all seen a ‘car crash’ media interview or two in our time. You know the ones. An unexpected or dreaded question gets posed, and it all quickly falls apart. For an unlucky few they go viral on social media and the hapless interviewee becomes a meme and an object lesson in ‘what not to do’ – their moment of embarrassment clipped for use in media training exercises for years to come.

We wince, we cringe, perhaps have a little chuckle. And we breathe a sigh of relief that it’s them and not us.

Most media interviews don’t involve a hostile interrogation, live on camera but – whoever the journalist and whatever the publication – they always need to be approached with care, professionalism and respect.

Prepare and have a clear objective

“By failing to prepare, you are preparing to fail” is a quote widely attributed to Benjamin Franklin. Regardless of its origins, the phrase neatly encapsulates the fundamental importance of preparation when it comes to success. When we conduct media training with clients – this is the first point we hammer home.

Start with what you want to achieve through the interview. What’s the key message you want them to report to their audience? Rehearse your messages and your proof points and try to anticipate every question that you’re likely to be asked, carefully planning (and rehearsing aloud with others) how you will respond. This is partly to ensure you’re equipped to answer the ‘trickier’ questions that could conceivably crop up – but it’s also to identify the best opportunities to introduce the key messages you want to get across.

The truly media savvy are adept at both the defensive (fending off the awkward, accusatory questions) as well as going on the offensive – finding ways to weave in the key messages that they need to communicate. Role-playing interviews with colleagues is really helpful to this process, allowing you to seek feedback on delivery, tone and body language, which can all be equally as important as the content itself. Practice is the only real route to improvement and it’s much better to do as much of that as possible in the preparation phase, rather than in real interview situations – for obvious reasons!

Honesty is incredibly important, both in the preparation and in the interview itself. Of course, there will often be things that can’t be discussed – so working through and rehearsing exactly how much you can say – and how to say it – is vital, but don’t lie. It never ends well.

Take your time and think about your responses

Don’t rush your answers. If your mind goes blank for a moment, don’t be afraid to pause for a beat, or throw in a “good question” or “there are a couple of things I’d say about that” to buy a few moments. Much better that than padding with ‘ums’ and ‘ahs’! Even if the question is one you’ve anticipated and you’re confident in your response, it’s worth proceeding with care to make sure you get the answer, and the delivery, right.

Give specific examples to reinforce and clarify your statements

Journalists, and the audience they’re writing for, are not just going to take you at your word. Back up your statements with real world examples and evidence. Saying: “our product is saving people time and money” may well be true but it doesn’t carry much weight on its own. Backing it up with an example: “our customers are seeing an average 10% increase in production speeds and a 20% reduction in costs” can make all the difference.

Remember that asking for examples, or evidence, is something journalists are trained to do. Don’t throw lofty statements or claims at them that you can’t then back up.

If they’re asking for figures that you don’t have to hand – don’t panic – and definitely don’t make them up (as certain politicians are prone to doing)! Promise to send them after the interview and then make sure that you do.

Never go ‘off the record’

‘Off the record’ is never an advisable approach. If you don’t want something reported on, then don’t say it!

Sometimes a question will be asked that you know the answer to – but you can’t disclose it. Perhaps it’s commercially sensitive, perhaps it can’t be discussed for legal reasons. Be aware of what is likely to be inferred from a ‘no comment’ statement and always explain as clearly and fully as possible the reason a comment can’t be made.

Learning the craft of confident communication has benefits far beyond dealing with the media. Whether talking with clients, customers or prospects, being able to answer questions clearly and deliver key messages is a skill that requires practice and is an area in which we’ve been advising and supporting clients for many years.

To learn more about our media training services, and our broader offering, please get in touch.