Working closely with DN-A Architecture and Siren Design, Signbox was tasked with creating and installing signage that fully reflected the quality of the renovated building. With twelve individual stairways, two sets of lift cores and hundreds of doors serving different segments and floors, the scale of the project was a challenge in itself.

Signbox created and installed simple, icon-led wayfinding graphics, symbols and floor-level information using the latest high-tack, self-adhesive Mactac films. Graphics were applied to a vast number of surfaces throughout the building: from painted plasterboard to doors, brick and concrete walls and even to the floors of the building’s four basement-level car parks.

Internal, illuminated signage erected at the south reception of the building was manufactured with 30mm opal acrylic letters attached to vertical timber fins. Installation was not without its challenges: “When we came to fit it, building work was 99% complete, so getting fixings and power into the components of the sign was a difficult process,” says Andy Harris, Project Manager at Signbox. “By manufacturing the lettering on mounted concealed rails, we were able to cover any visible cables and fixings – resulting in a beautifully radiant sign, which gives the prominence demanded by the client and stands out to passers-by.”

One of the centrepieces of the project was an illuminated, external sign mounted onto the north facade of the building. 3D rimless, illuminated letters were placed onto horizontal rails, which were painted to match the colour of the tiles of the building so as to disguise them. The letters then had 3MTM Day/Night Film applied to the faces, so the sign appears black during daylight hours, then lights up white at night. After completing the work, Signbox was then commissioned to create identical, external signage for the south facade. This project is expected to be completed in early 2018.

Harris concludes: “To immediately be commissioned to carry out further work on this building is testament to the quality of the job that Signbox has delivered. The simple and considered design of the signage throughout the building provides everything the client required: from distinctive, impactful signs at each of the two entrances, to the reassuring guidance across all of the many doors, floors and lift lobbies of this vast building.” 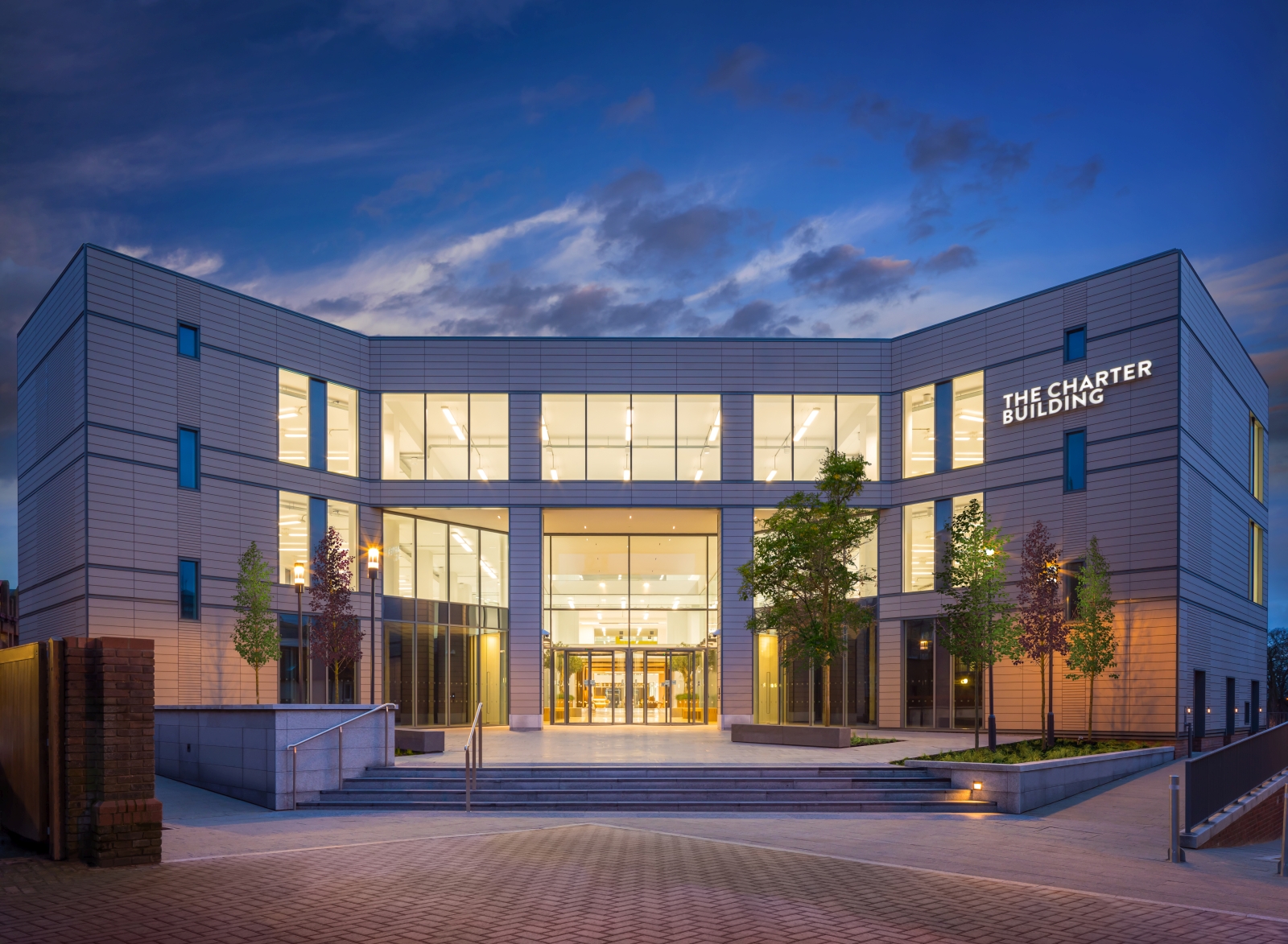 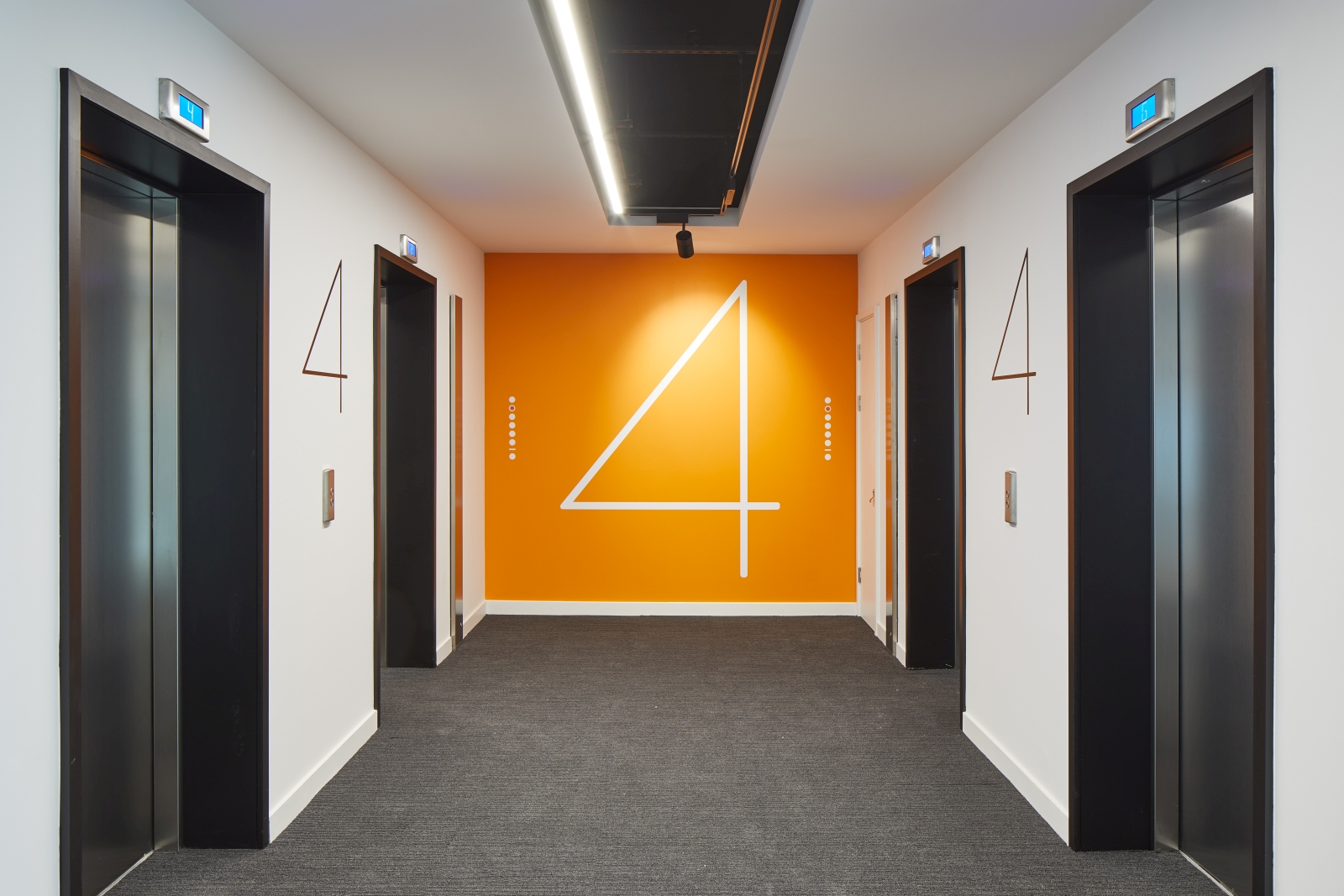 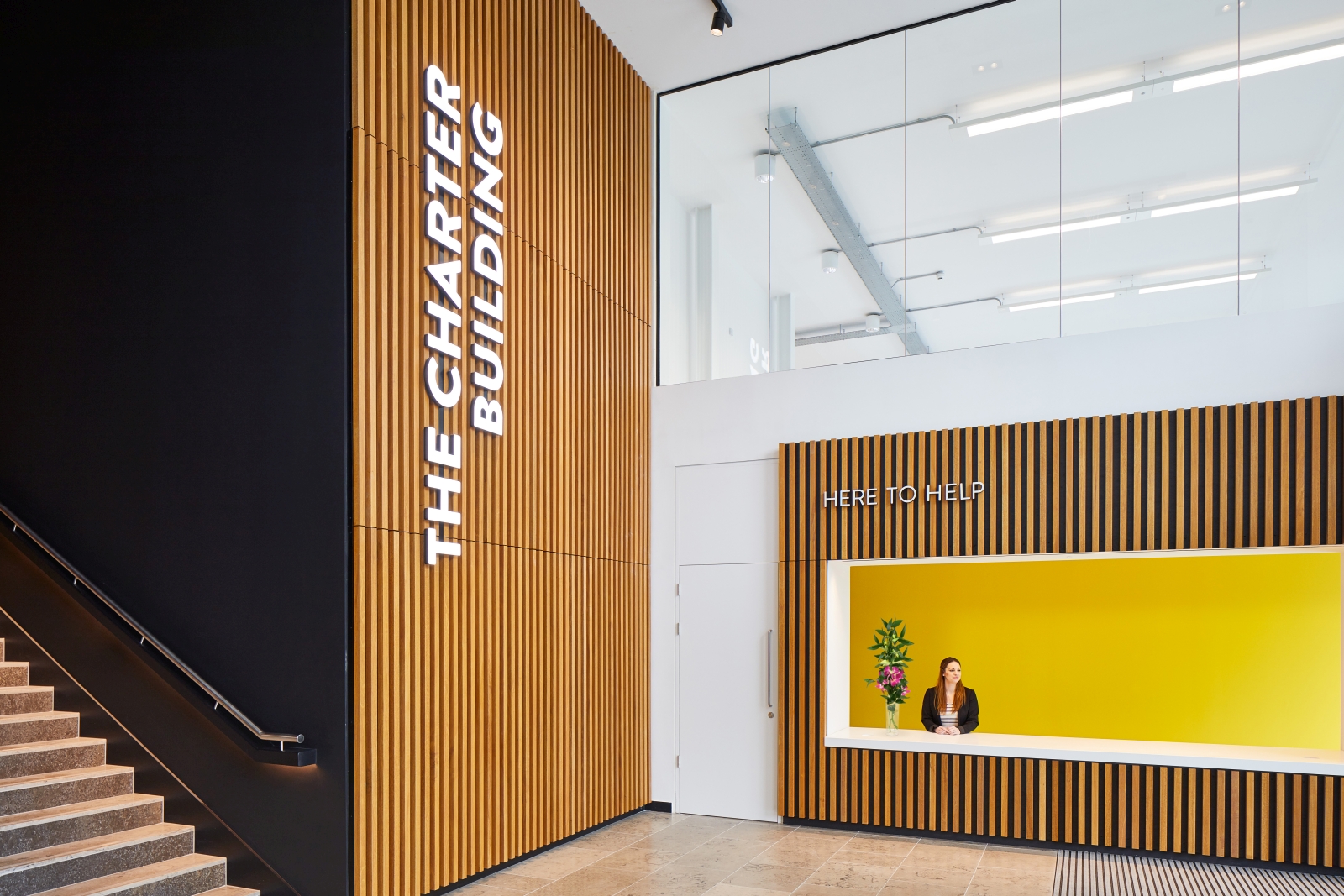 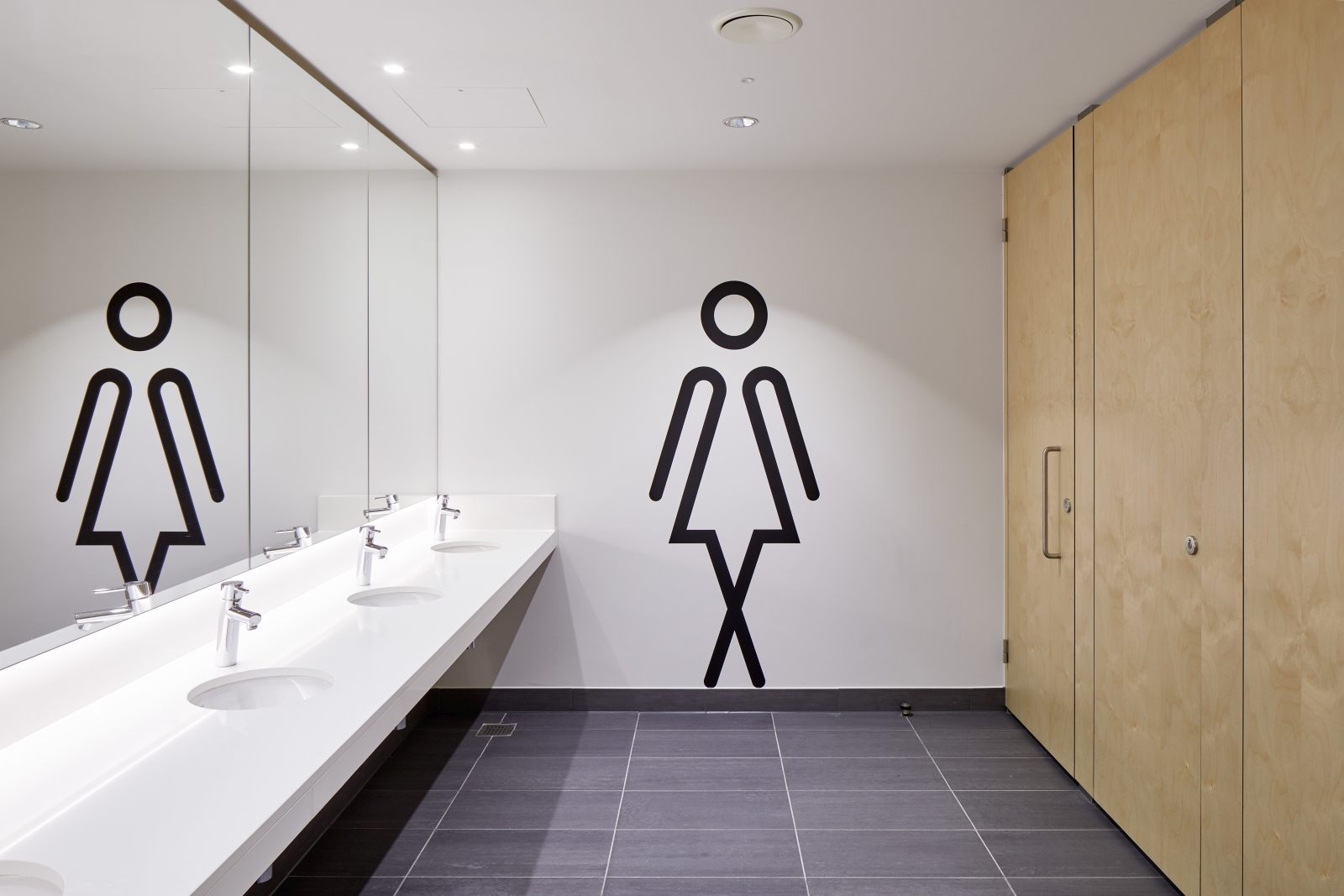