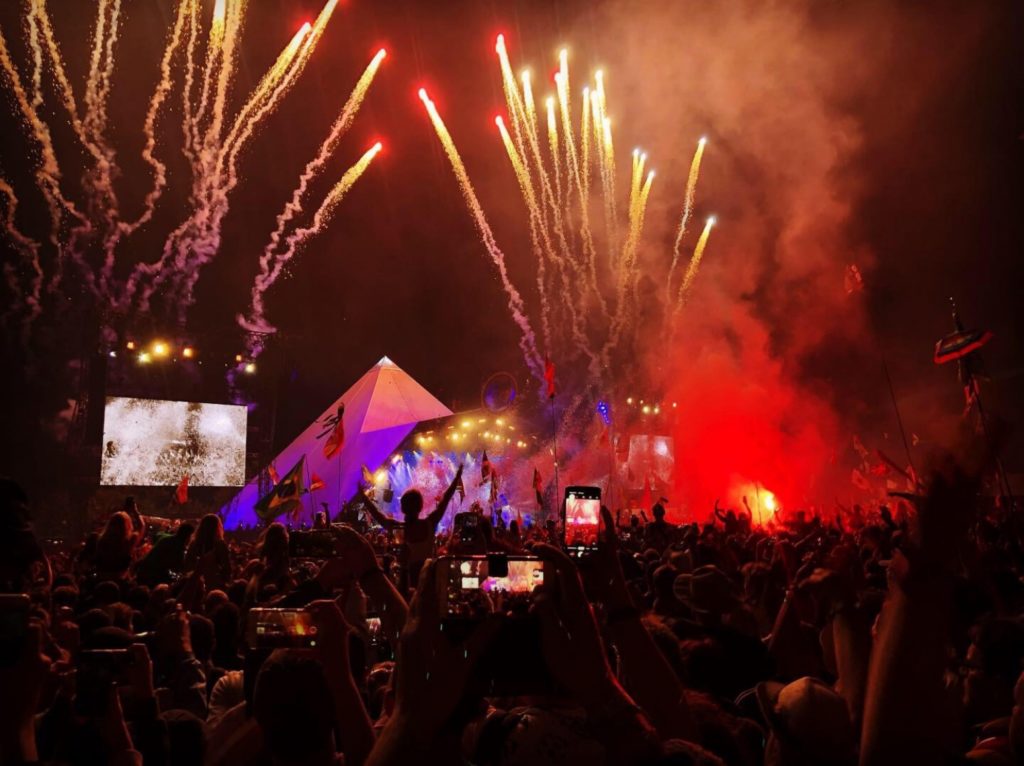 The music festival industry is currently worth $3bn (£2.28bn) globally and continues to grow, according to research by Festicket, which arranges tickets and accommodation for music festivals.

Glastonbury festival is perhaps the most famous of all, at the pinnacle of the UK cultural calendar, though it can’t claim to the biggest globally. Set in 900 acres of countryside in England’s south-west it is “the largest green-field music and performing arts festival in the world”. I may be biased but I think it’s certainly the best. To understand why I think that, here’s a short history lesson.

Michael Eavis began the event on his dairy farm in 1970, allegedly to clear his overdraft. It was called the ‘Worthy Farm Pop Festival’, T-Rex headlined (a band well worth a Google) and      they played to a crowd of 1,500, a number Eavis was disappointed with. This year’s event saw two million people register to attend and around 140,000 general public tickets reportedly sold out in 35 minutes.

Glastonbury’s fame was catapulted in the early noughties for two reasons. Firstly, because of the rise of Brit Pop, a UK-based music and culture movement in the mid-1990s emphasised “Britishness“. Secondly, the introduction of the new, impenetrable fence resulted in 150,000 tickets selling out within 24 hours (it took two months in 2002). The inability to scale or break down the fence meant that fans were desperate to buy tickets as gate-crashers had no way in.

The Festival is now as popular as ever almost 50 years on. But given its undoubted mass appeal, how can Glastonbury maintain some of its free love, hippie, counterculture ethos?

It is committed to environmental causes, raising money for Oxfam, Greenpeace and WaterAid. The ‘Love the Farm, Leave No Trace’ campaign also encourages attendees to be as mindful as possible of their environmental impact. This year vendors were banned from offering single use plastic, resulting in over a million plastic bottles not being used. A record 99.3% of tents were taken home and Sir David Attenborough’s trailer for ‘Seven Worlds One Planet’ drew in one of the biggest crowds of the weekend ahead of Kylie’s headline set on Sunday afternoon.

A big part of the festival appeal is the strict commercial policy. Other than the three main sponsor charities, there’s no other mainstream brand visible onsite. Well, other than EE because you’ve got to be able to charge your phone right?

This is an important factor in the future growth of The Festival. Glastonbury is the perfect place for millennials and generation X. Contemporary culture with a cause – as long as there is access to charge your phone and biodegradable glitter available by the bucket load. The sensory overload you will experience at the festival affords the opportunity to be part of something “worthy”, have a shed load of fun, all the while happily being able to update the ‘gram. In many ways it’s the ultimate experience for this demographic.

There are many ways social media influences not just The Festival, but pop culture as a whole. Whether we like it or not, it’s the social barometer, the pulse check of importance, the measure of what we value as entertainment. It can catapult Joe Bloggs (or #AlexFromGlasto) from obscurity to relative stardom overnight. It also means artists who have had only one album out can headline on one of the most revered stages in the world.

My own festival story goes right back to the start of the experience, when I eagerly queued up to get in to the festival on Wednesday morning.  Laden with my tent, sleeping bag and maybe a few cans of cider, one veteran mused: “You can watch these amazing acts, have loads of fun, and then look around you and see these incredible charities and causes. You know you are making a difference by just being here, I love it.”