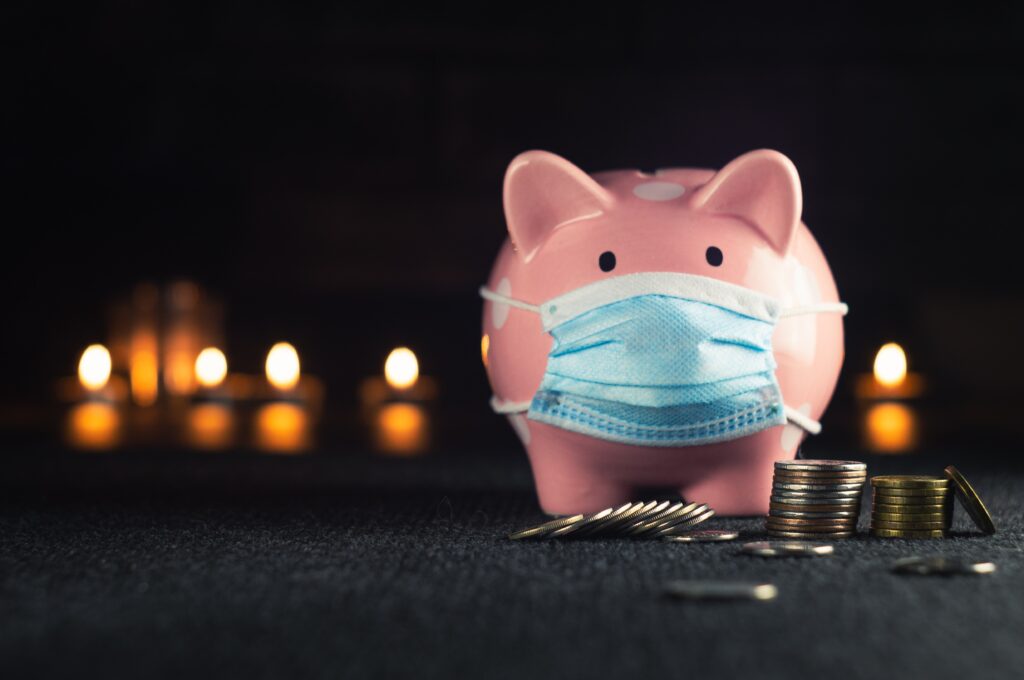 You’ve probably heard the term ‘integrated’ used within a marketing context quite often in recent years. It’s become something of a buzzword – and for good reason. Joined-up, multi-channel campaigns encompassing all the PESO (Paid, Earned, Shared, Owned) elements of communications, deliver maximum reach for your message, and maximum opportunity to generate leads. We’ve written previously on the merits of B2B integrated campaigns – including here and here – but in this post I want to zero in on one particular aspect – the “P” for “Paid”.

A key element in any comprehensive integrated campaign is paid media advertising. In an uncertain market, when budgets are tight, advertising is often where the cuts fall first – with emphasis switching to Earned, Shared and Owned activities. But in challenging economic times, there’s an argument to be made that paid activity is more important than ever.

History shows us that economic downturns lead to reductions in ad spend, and our current economic climate is no exception. But history also teaches us that companies bold enough to maintain or grow their ad spend in challenging economic times, see increased sales and increased market share both during recessions, and well into the future beyond.

Have you ever heard of a cereal company called Post? Probably not. But I’m guessing you have heard of a cereal company called Kellogg’s. In 1920s America, Post was the biggest cereal brand nationwide, but that all changed when the Great Depression hit. They cut their ad spend significantly while Kellogg’s went the opposite way and doubled theirs. Snap, Crackle and Pop became household names and Kellogg’s gained a level of market share they still hold today, nearly a century later. That’s just one example – there are many more. An article from Forbes* has some interesting summaries on a few of them, including a nice quote from Sam Walton, the founder of Wal-Mart who when asked for his thoughts on one particular recession, said: “I thought about it, and decided not to take part.”

When there’s less marketing noise out there from your competitors, it makes your brand stand out even more than it otherwise would, and not only that, it conveys a message of stability, reliability and certainty at a time when your customers and prospects are navigating tremendous market uncertainty. You’ll also find that you often get more for your money, as advertising costs drop – sometimes considerably – and let’s not forget the old business adage that an increased share of voice typically leads to an increase in share of market.

Commercial media advertising used to be all about print magazine ads. While this is still an important element, modern specialist trade media offer a huge number of other opportunities as well, from e-shots, to longform advertorial, to webinars, events sponsorship and round-table opportunities. For maximum reach, building a commercial campaign package which includes a good mix of print and digital activities is hugely helpful.

There is also a knock-on effect when it comes to editorial opportunities. No credible magazine makes advertising spend an absolute condition on getting editorial coverage – but they are certainly more likely to pick up the phone to their paying advertisers when they have editorial space to fill. So the “P” in “PESO” often indirectly supports the “E”.

In my own experience working with B2B clients, a good balance of thought-leadership and paid-for promotional content in a major industry publication is the ideal long-term solution. But there are countless ways to promote your brand. My colleague Alexa has previously spoken about different ways to communicate to your customers, keeping their needs at the heart of your strategies and maximising the potential of any campaign.

Let’s also take a moment to realise that when specialist trade media titles disappear, so too does an important channel with which to promote your business. Supporting them, especially in the tough times, can safeguard a critical communications channel for you in the long term.