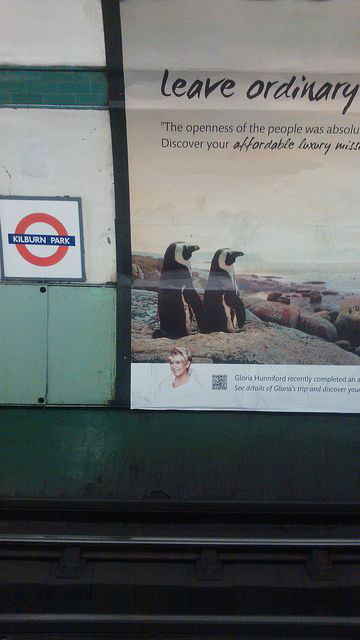 Some rights reserved by whatleydude

Whether you love them or hate them, despite speculation about (and desire for) their demise, according to research by comScore, the number of European smartphone users who scanned QR codes using their devices grew by 96 per cent in the year to July 2012. Granted, that it is still only 14.1 per cent of the total smartphone audience across France, Germany, Italy, Spain and the UK, but it is nonetheless an impressive growth rate.

I must confess that I am probably an unusually prolific user of QR codes. A large part of that is probably professional curiosity – I want to see what other marketers are doing with them – but I have used them in museums and art galleries (scanning for more information about a particular exhibit), at festivals (scanning the side of a cup to download a branded festival app), in magazines (to download apps and enter competitions), in furniture catalogues (to see a sofa in a different colour), on food packaging (for nutritional information) and even on the train (I was bored!).

A quick poll of my colleagues shows that I am probably alone in the frequency of my scanning activities. Responses to the question “When was the last time you scanned a QR code?” ranged from “Three months ago” and “Within the past 12 months” to “What is a QR code?”

Despite the impressive creativity that goes into some QR applications, the way in which they’re being used still seems to put a lot of consumers off scanning them. A few respondents in my informal office poll said that they haven’t scanned a QR code for a while because in their experience so many just take you to the company or brand’s website – something you could easily find on your own and which gives you nothing in return for your action.

Something in return for acting; an incentive. It seems that a lot of time, this is what badly implemented QR codes are missing – an offer that makes it worthwhile for the consumer to scan the code. It seems that many marketers have gotten so excited about the technology that they have forgotten one of the cardinal rules of direct response marketing; that you need to give your target audience an incentive to act!

Sadly, poor execution alone is not the only barrier to encouraging consumers to scan QR codes; location is often a factor too.

I was recently behind a truck on the M25 which invited me to scan its QR code for more information about their delivery services… probably not something many drivers are likely to do while moving at 60 mph and maintaining a safe following distance!

I’m not alone in the ridiculous places I’ve seen QR codes. A quick online search revealed yet more examples of QR madness, while my quick office poll revealed that colleagues have seen them on walls on the far side of the tracks in London Underground stations, on the sides of buses and even as part of a tattoo!

So, where’s the silliest place you’ve seen a QR code?