When the world’s most famous police headquarters moved from London’s St James’s Park to Victoria Embankment in late 2016, Signbox was tasked with replacing the iconic sign that had been seen steadily rotating outside the St James’s Park building, and on television screens around the world, since 1968.

Not only that, contractors BAM also appointed Signbox to design and install bespoke brushed stainless steel lettering for the new building’s pavilion roof at the entrance.

After winning a highly competitive twelve month tender process, Signbox began design work on the project in late 2015, alongside appointed architects AHMM. They completed the installation of the pavilion lettering in September 2016 and the rotating sign a month later.

For such high profile signage, everything had to be designed and engineered to exacting detail. Signbox Senior Project Manager Andy Harris explains: “We were conscious from the very start of the tender process that this was a project in which attention to detail was going to be especially important. The iconic rotating sign itself also posed huge challenges. We were tasked with creating a sign that could be illuminated at night, so simply copying the original design was not an option. In order to avoid tangled wires we used a slip ring mechanism, similar to those used in wind turbines.”

As well as being built to a very specific design, the sign needed to be highly robust and durable. The ball bearing, on which the sign turns, is strong enough to bear the weight of a car, the face panel is anodised for durability and the frame is stainless steel. For easy ongoing maintenance of the 0.37kw 6 pole TECA motor, the FRN33 parallel helical gearbox and the electrics, an access panel was water jet cut into the frame. Months of rigorous testing for mechanical reliability and structural integrity took place before the 700 kilogram sign was ready to be transported to its new home and lifted into place by crane.

The precision engineered stainless steel lettering, with blended edges, spells out the name of the world’s most famous police force in style, and the sign rotates at an optimal speed, calculated to fractions of a second to avoid blurring or distortion on television screens.

The pavilion lettering posed a unique set of challenges of its own. “The lettering needed to be visible to pedestrians at street level,” says Harris. “So we installed each individual letter on a steel support rod to give the sign just enough height above the canopy for the bottoms of the letters to be visible – while at the same time minimising how much of each support rod was on display. Furthermore, the bracketry detail was created to precise specifications, in close consultation with the architects, in order to minimise how much was visible to people looking out – and down – from within the building itself. The stability and durability of the pavilion signage was also an important consideration, particularly how it would fare in strong winds.

“Overall, it was a hugely challenging, but rewarding project to be involved with,” concludes Harris. “Being tasked with re-creating one of the most familiar and iconic signs in the world was a big responsibility and I’m immensely proud of the standard to which we delivered what was required of us.”

Tom Wells, Senior Architect at AHMM, had high praise for Signbox’s contribution: “It was a pleasure to work with Andy Harris and his team on the New Scotland Yard project. Signage was an important part of the Metropolitan Police’s identity in their new riverside location and Signbox demonstrated the skill and teamwork required to overcome technical challenges and deliver a quality end product. Their enhanced replica of the iconic revolving sign will continue to form an important backdrop for media broadcasting (and tourist selfies!), while the glowing lettering in Flaxman font they produced and installed on the pavilion roof will be a continual reminder to Londoners of the 24/7 nature of policing the capital.” 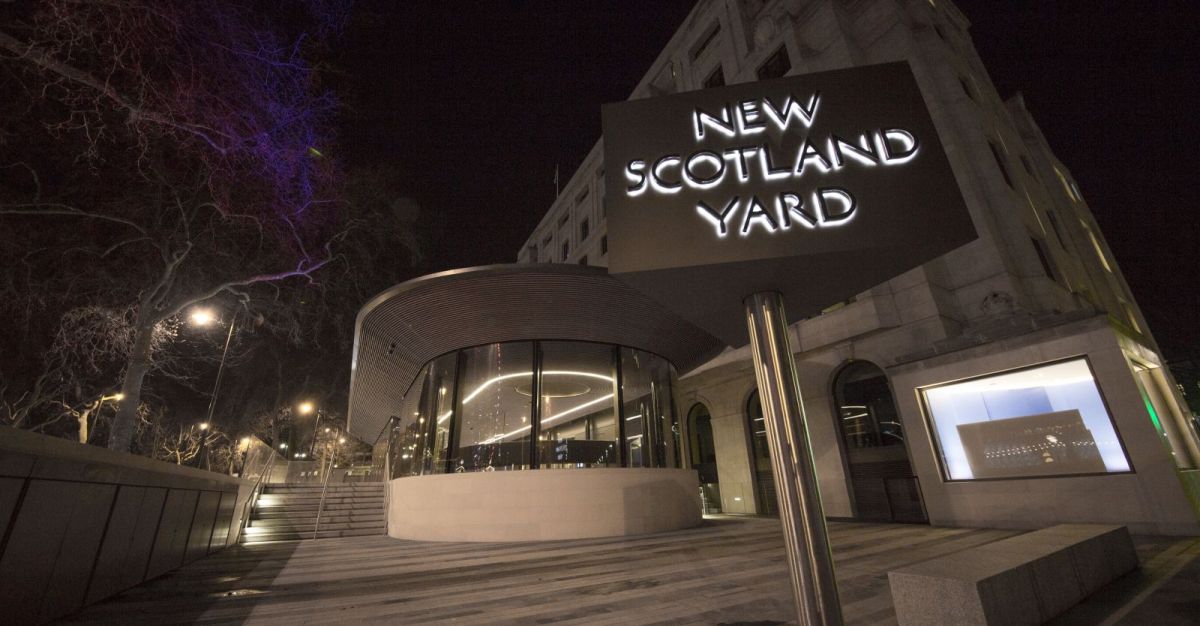 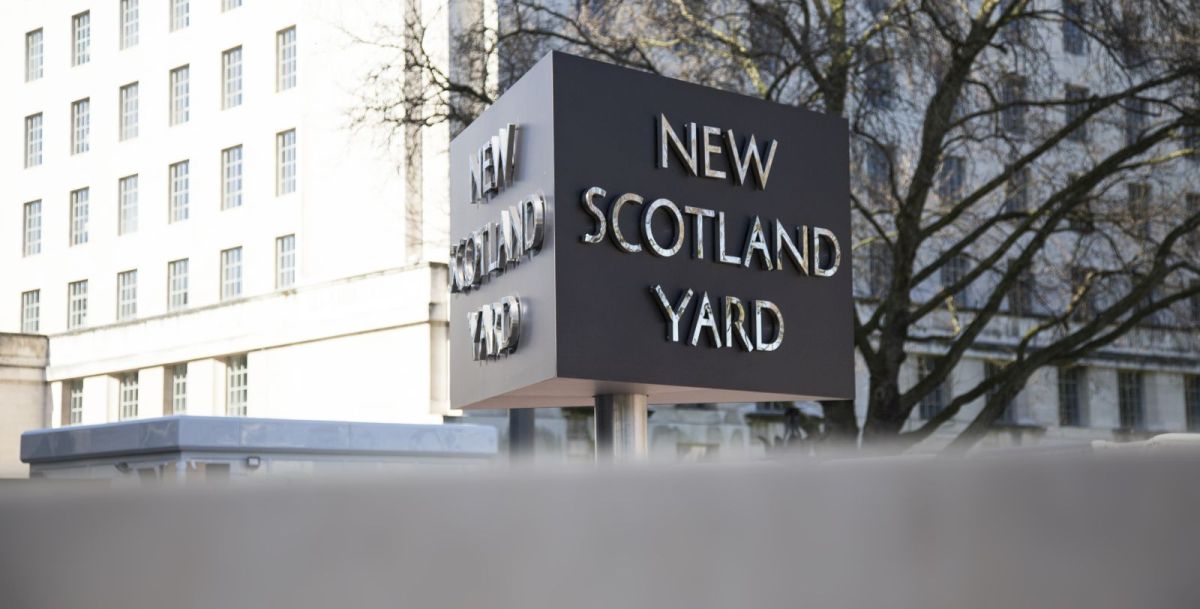